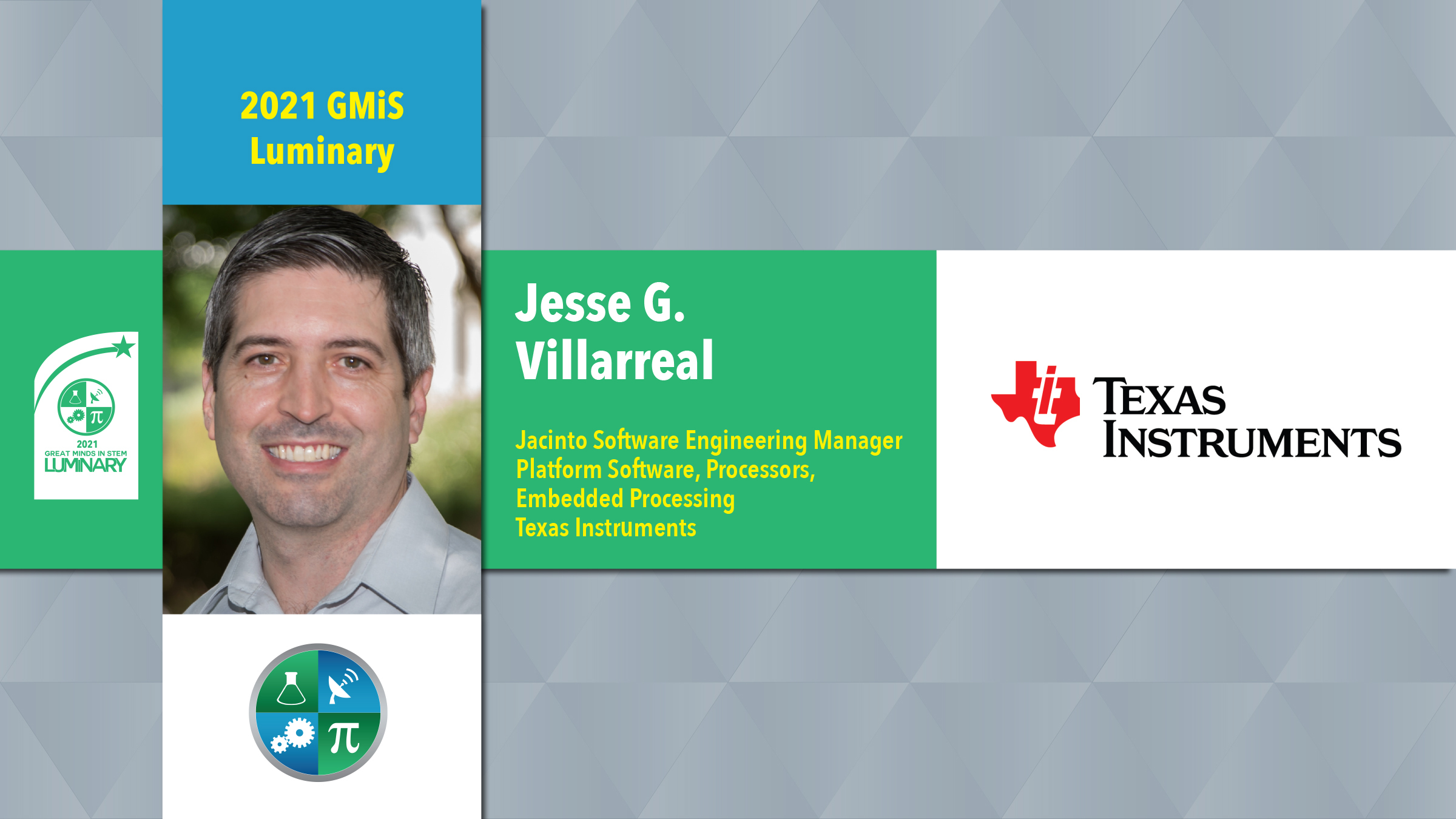 Our next spotlighted Luminary is Jesse Villarreal. As a Software Engineer with 17 years of R&D experience in computer vision at Texas Instruments, Jesse Villarreal is helping develop technology that will allow for vehicles to drive autonomously without human intervention.

Joining Texas Instruments as an intern while finishing his Electrical and Computer Engineering B.S. from Baylor University, Mr. Villarreal impressed his peers by combining a lifelong passion for hands-on engineering with a strong commitment to customer-oriented results.

The company rewarded him with its co-sponsorship of the GEM Fellowship that enabled him to pursue a Master’s degree in Computer Engineering from The University of Texas, Dallas, and led to his involvement in TI’s massive upgrade of its existing computer vision processor chip.

With four of his six patent applications already granted, Mr. Villarreal’s contributions to TI were recognized in 2012 with the ¡Unidos! – STAR Award, given to Latinos in recognition of achievements in areas such as patents and tech ladder advancement.

Growing up in San Antonio, Mr. Villarreal got his first taste of his engineering future by fixing car stereos and VCRs and working at his family’s electrical contracting business.

Now he consistently looks for ways to empower his peers and TI’s customers to reach their objectives.  He also spends significant time mentoring interns and new hires, and continues to be a day-to-day, hands-on leader in efficiency, productivity, and quality.