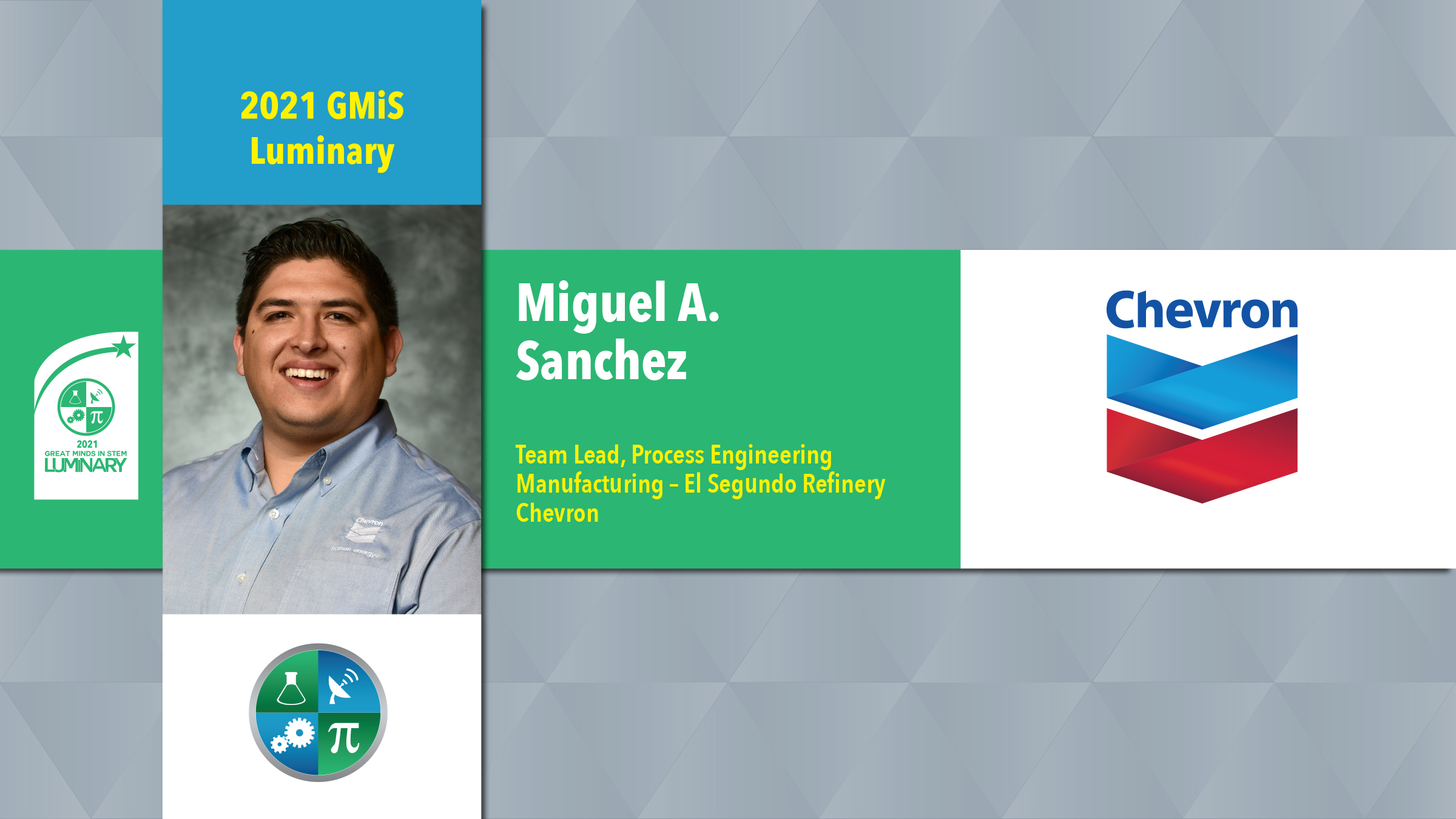 Our next spotlighted Luminary is Miguel Sanchez of Chevron. Throughout his educational and professional career, Mr. Sanchez has been a mentor, a coach, a motivator, an advocate, and a role model for other Latinx employees and future STEM leaders.

As Team Lead, Process Engineering in the Refinery Systems Division and Relief Systems at Chevron’s El Segundo, California refinery, Mr. Sanchez manages a team of six engineers and one operator to meet fast-paced business demands and stakeholder timelines in support of planning, operations, and maintenance needs.

He is also responsible for the career development, competency plans, and general job satisfaction of employees, areas that draw upon the leadership skills he developed as an undergraduate at the University of California, Irvine where he earned his B.S. in Chemical Engineering and was named Chemical Engineer of the Year in 2013.

While struggling to balance his classes and a 20 hr/week lab technician job that he needed to pay for food and rent, Mr. Sanchez joined the CAMP Program, which is the California Alliance for Minority Participation.  CAMP mentors sent him to a GMiS conference where he discovered SHPE and MAES, creating a strong support system for the young LatinX engineer.

His personal skills eventually propelled him to a national leadership position in MAES and, after he joined Chevron, a spot on the company’s Hispanic recruitment team and as head of SOMOS, Chevron’s Latinx employee network.