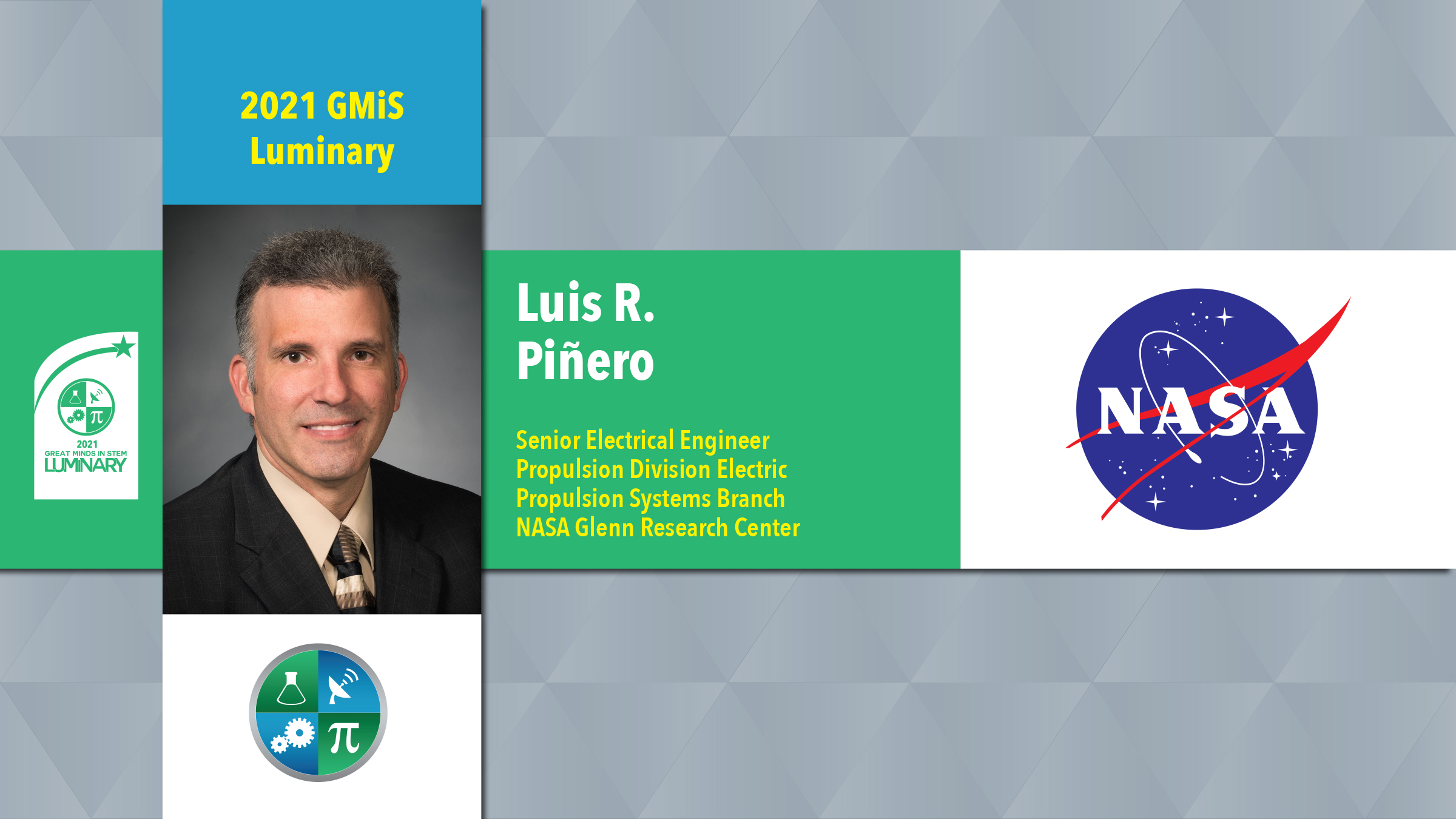 Our next spotlighted Luminary is Luis Piñero, Senior Electrical Engineer at NASA Glenn Research Center (GRC), where for over 30 years he has been a nationally renowned Subject Matter Expert in electric propulsion systems, a form of in-space propulsion used to perform spacecraft maneuvers much more efficiently than conventional, liquid propelled rockets.

Mr. Piñero has dedicated his entire career to research activities and the development of power processing units for EP systems. His contributions have been instrumental to the success of many propulsion development projects and he’s participated in the recent adaptation of high-power EP into NASA exploration architectures.

In addition to the over 60 technical papers that he has authored or co-authored, Mr. Piñero is the recipient of 25 NASA honors, including Group Achievements and Performance awards, and he’s a member of numerous professional associations including being named an Associate Fellow of the American Institute of Aeronautics and Astronautics.

A member of the GRC Hispanic Advisory Council for many years, he has served as chair, vice-chair, secretary, and consultant of the organization.